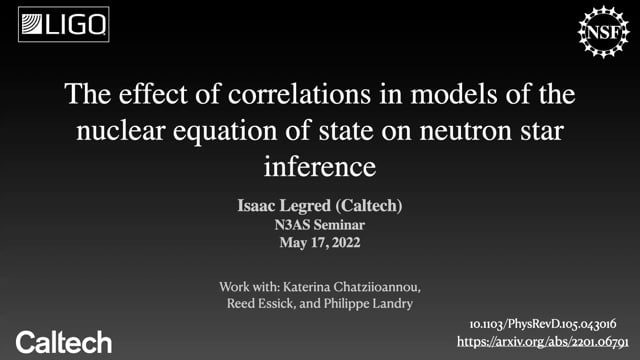 Astrophysical probes of neutron stars such as gravitational-wave and x-ray pulse profile modeling have improved prospects for inferring the nuclear equation of state at high densities. To connect these observations and infer the properties of dense matter and neutron stars simultaneously, models for the equation of state are introduced. One class, parametric models, such as the commonly used piecewise-polytope and spectral parameterizations, rely on carefully engineered functional forms that reproduce a large array of realistic equations of state. In this talk I will compare these parametric models to a novel model based on Gaussian processes and show that parametric models impose unphysical, and sometimes opaque, correlations between density scales. Such inter-density correlations result in tighter constraints that are unsupported by data, and can lead to biased inference of the equation of state and of individual neutron star properties.